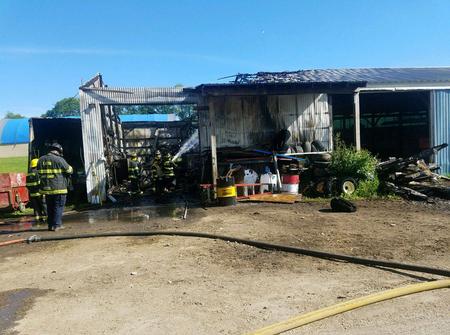 At8:04 March,27th  the Earlville fire department was dispatched to a reported working house fire on River Rd. Morrisville was called mutual aid for a RIT team,247responded with a full crew. With conflicting reports of the possibility of occupants inside the crew from Hamilton 195 conducted a search of the 1st floor. It was then deemed all occupants were indeed accounted for. Other units from Morrisville Fire Department responding wasChief Rick Gorton-240, Chuck Ammon-2401, Brian Jenkins-2402. 3 dogs were reported to be left inside, saving them wasRick Gorton, Brian Jenkins, as well as R. Riggall. The dogs were taken to a local animal shelter and have since been released.

January 1, 2018, at 10:44 am Morrisville Fire was called Mutual Aid to Eaton for a reported structure fire. Eaton 260 was first on scene and reported a confirmed structure fire, and requested a full response from Morrisville. Morrisville responded with trucks: (241, 242, 246, 247, 248) with a crew of 27 from Morrisville's Department. With temperatures reaching below  0 and with a windchill of between negative 20-30 degrees. Additional Mutual Aid was called for Hamilton, Madison, Earlville, Georgetown. Additionally departments from: Erieville and Munnsville were on standby at Eaton and Morrisville Fire Departments stations. 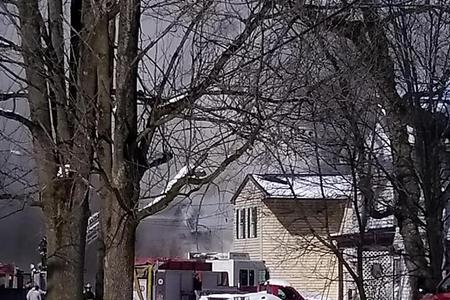 May 6, 2018 at 1814 hours Morrisville Fire was called responded to the address of 5107 Rt.20 just west of the village were a doublewide trailer was reported for smoke conditions. 2401 Assistant Chief Rick Gorton arrived on scene and reported smoke visible and working fire. Fire departments assisting with this call were Eaton Fire with a tanker and engine, Munnsville responded for RIT team, Smithfield also responded with a tanker. Fire was knocked down quickly with extensive overhaul